#InternationalWomen’sDay: My experience as an apprentice in the FGC office – Hollie Leslie

Since starting my marketing and advertising apprenticeship in the Office of the Future Generations Commissioner for Wales last year I've been surrounded by a supportive and female-led office. I feel I've been quite lucky for my first ‘office job’ to be part of a team that not only supports but encourages empowerment and personal development.

Ever since my teenage years, I’ve been an advocate for women’s rights and female empowerment. I’d regularly have debates over dinner with my parents who didn’t have quite the same ideas as me and I’d proudly wear my ‘feminist’ top as I walked through my home town. I had grand ideas about being Prime Minister or teaching gender studies or being a famous female activist.

I’m not quite as proactive or passionate about ‘the cause’ as I was at 15 but in general, I’m probably not as passionate now as I was at 15. Over the past 6 years I lost interest in things I loved, I stopped trying to make a difference and most importantly I gave up on any ideas for my future.

When I got to sixth form the pressure was on. All you ever discussed was what you were going to study in university and which university you wanted to go to. Even in sixth form I didn’t feel like university was the right option for me personally but without being given information about other options I felt pushed into the normal route, the now traditional route of going to university for 3 years and going into the workplace with a degree. I thought apprenticeships were just for vocational subjects and that they weren’t creative. Like many others, I held a negative judgement against them.

I decided to go to university anyway. I realised this was probably a mistake halfway through my first-year and hit a bit of a rough patch. Whenever I think back on this time, I always remember the support of my family (especially my Mam who made sure to visit whenever she knew I needed her there) and my friends. Having their support allowed to make hard decisions and empowered me to take my future into my own hands. And so, after successfully finishing my first-year exams I decided to leave.

After coming home, finding a full-time retail position and feeling stuck there for 9 months I tried for a marketing and advertising apprenticeship through Sgil Cymru. It was actually my Mam who convinced me to try for it because by this time I was feeling quite stuck in my job and didn’t feel like there were many other options for someone without a degree. I was surprised there were even these kinds of apprenticeships being offered, I was still under the impression apprenticeships were ‘for the boys’ doing engineering and plumbing before reading up on Sgil Cymru and the courses they offered.  Despite my initial hesitation, I applied for the job and was lucky enough to get the position last August; I’m glad to say I’ve been enjoying it since.

I’ve had great opportunities so far within my workplace which have not only greatly developed my knowledge and skills but also allowed me to find my place a bit more. Being able to learn directly from those who have more experience than me is one of the reasons I chose to do an apprenticeship. Instead of getting a degree and then being pushed out into the big scary world I realised I wanted real experience. I wanted to learn on the job instead of just reading about it from a book.

Despite not always being the most confident person, I think I’m doing pretty well at the moment. I’m happy in my job, I’ve made new friends, I’ve finished 5 modules of my apprenticeship, I’ve discovered new tasty lunch spots and ultimately, I’ve become excited about my future.

And so, for this National Apprenticeship Week and International Women’s Day I’m celebrating these successes, as big, small or insignificant as they are. My successes that’ve been supported and aided by good friends, inspirational colleagues and a loving family. 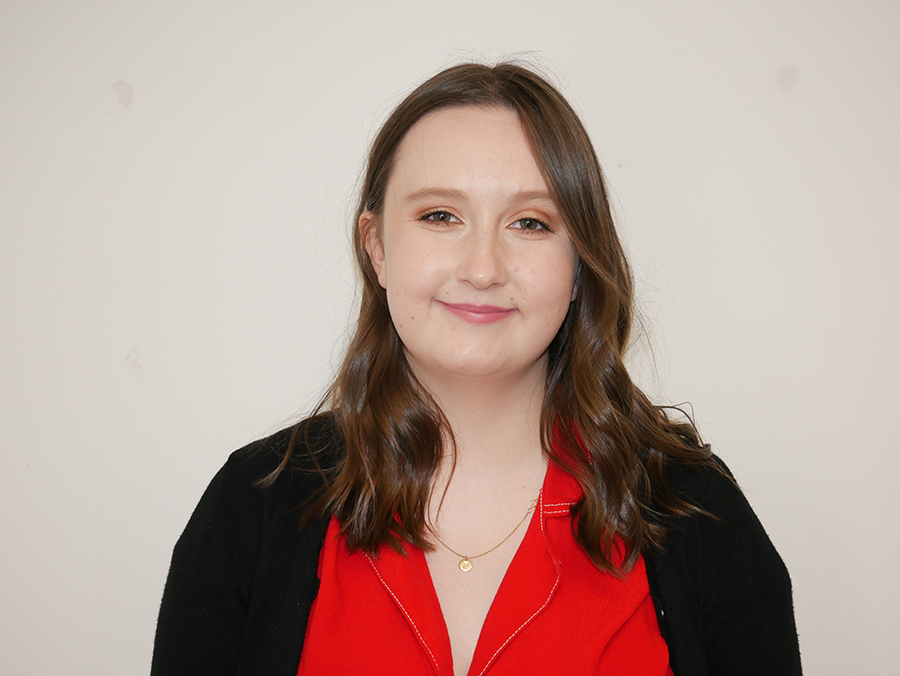