The Media Must up its Game on Climate Change

Stories about climate events are becoming more common across our news channels. Floods, migration, crop failures, public health – the impact of climate change is wide and varied. Perhaps this incremental increase in climate change activity will lead to more coverage where environmental stories compete for air time on our radio and tv news outlets and in newspaper columns.

The need for more accurate representation and greater coverage of the consequences of climate change has never been more essential. This need has been voiced by scientists and concerned citizens alike from across the world.

In July this year a tweet by BBC Weather appeared to completely miss this message by celebrating a potential UK record-breaking temperature with a sense of nationalistic fervour. This understandably provoked reaction and highlighted the need for a more accurate approach to the way we view and report on the impacts of climate change.

Environmental concerns can often feel detached our daily lives. A faceless media story with references to far away locations such as on the shores of Greenland. I’m pretty certain that if Derek Brockway and others in Wales talked about the link between rising CO2 levels and its impact on Wales, Welsh audiences would be better informed and less alarmed.

Amidst these calls for change, there are examples of media coverage coming to terms with the adjustments that need to be made. BBC’s Climate Change – The Facts moved to address the effects of climate change as the centrepiece of the show, moving away from the fleeting appearances environmental challenges seemingly tend to make. It emphasised the challenges we face, clearly demonstrating how climate change is going to directly impact us and more importantly, what we can do about it.

The message must be accurate and engaging to catalyse change. To drive political action within Wales we need to draw on a larger movement towards a low carbon future where everyone is clear on the Welsh narrative. Journalists have a crucial role in developing and shaping that message. Ultimately, our decisions and political actions will be challenged on the global stage.

A commendable communication method was deployed by the Welsh Government after commissioning research into narratives around climate change that would resonate with the public. The results published in the paper, Hearth and Hiraeth, showed is possible to design new language around the environment that speaks far more effectively to people’s real-life concerns. By embracing Welsh cultural values, environmental messages were able to tap into a shared narrative and speak to all groups in a diverse population. So instead of celebrating a warming climate like the, championing a move towards decarbonisation within a national narrative in mind and appears a better strategy for communicating climate change.

Our media has a huge responsibility, not only to reflect the way we live today but how Wales will be in the future. The challenges we face by climate change has no modern day equivalent and therefore we must create space for informed and difficult conversations. How is climate change affecting where I live and how is it being addressed? How will workforces adapt to a shift in job markets? What skills will we need and how is our public services preparing us for the future? How can we declare a climate emergency, but no detail on the funding needed to tackle one? The more we understand these key points and the more the message resonates, the greater the likelihood of the public not only taking an interest in the political efforts of local and national governments in tackling climate change but demanding that action themselves.

It’s not all doom and gloom. Revised methods are continually being taken and details are being considered more thoroughly than ever before. The Guardian’s 2019 consideration of its in-house style guide and what language is used to portray climate change is clear evidence of this.

The Future Generations Commissioner for Wales has highlighted ways in which the climate emergency can be addressed after it published a detailed paper on how you would fund a climate emergency, in line with budget recommendations of the UK Committee on Climate Change. Investment in progressive land use, transport, renewable energy, and housing are all viable way of bringing a low carbon economy to fruition. The publication of Welsh Government’s next budget will provide an indication of their commitment to reducing emissions and transitioning. The scrutiny of this budget and subsequently policy commitments must be done by the media, in order to provide clarity and challenge.

Increasing the pressure is a necessity and should remain. The media play a key role in ensuring this exists through detailed, accurate reporting that engages the public and drives them to keep pressure on governmental responsibility to move us towards a low-carbon future. 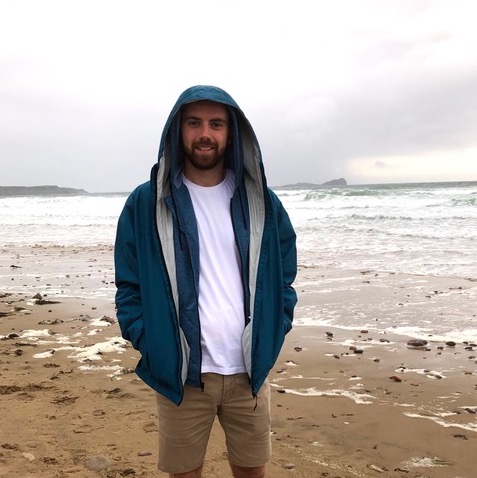